Poop and horses and an attack!

On our last day at Lazy Palm Ranch we went to the Lower Rio Grande Valley Wildlife Refuge nearby. The plan was to walk along the path to La Sal Del Rey.
I looked at the map on the internet and thought I knew where to go to get close to the lake. Well, we found a gate with a small entrance for pedestrians, so we parked and went in.
Anyway, we decided to go back to the gate and drive around to another parking area where we had seen some cars parked. As Michael was reversing to turn around, he saw what looked like a large cat. It was not a Bobcat because it had a long heavy tail. We drove slowly toward where he had seen it, but it had already gone into the bush and disappeared. Later we looked at some photos and decided that it was an Ocelot. There are only 50 left in Southern Texas.
We headed back about 2 miles and pulled into the other parking lot and read the signs about the salt lakes. Instead of repeating what they said, I'll just publish the photos here. 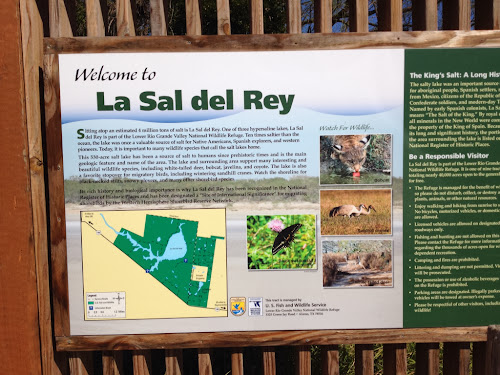 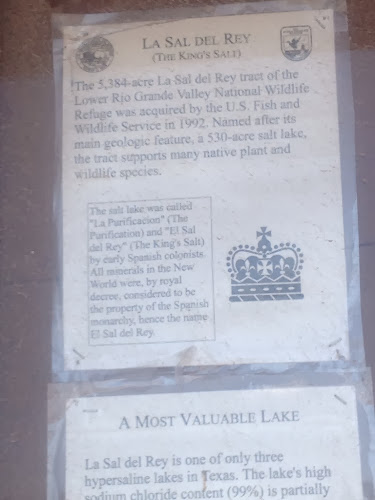 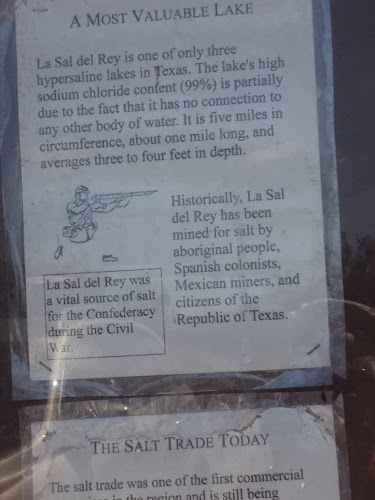 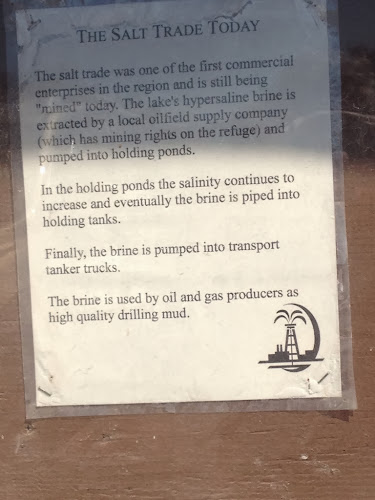 Very interesting, so off we set once again to try and get to the salt lake. About half a mile up the road we were attacked! By mosquitoes! Swarms of them. It was impossible to go any further, so without seeing the lake, we retraced our steps and went back to Lazy Palms Ranch. 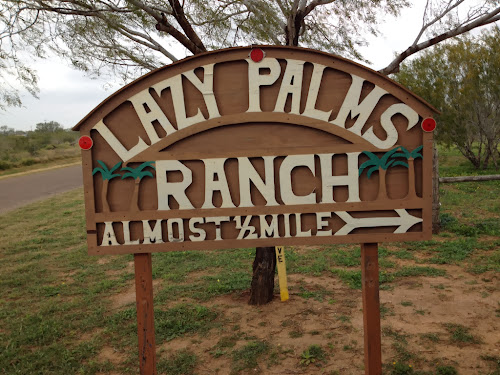 On the way back we stopped off at the little ranch across the road and chatted with the horses. 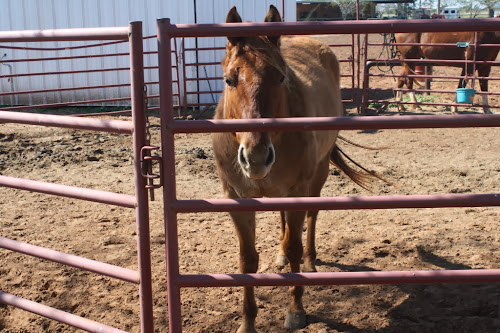 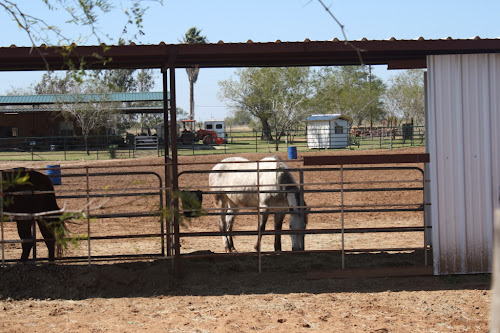 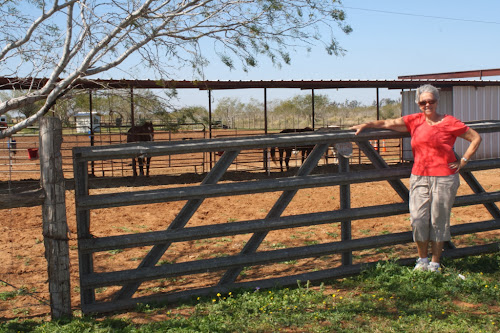 By the way, this was the only warm day we had while we were camped there.

Posted with Blogsy
Posted by GoneRving at 8:20 PM 2 comments:

A Thorny Issue and a Review of Lazy Palms Ranch.

We are at Lazy Palms Ranch RV Resort, Texas.

For our week out of Tropic Winds we travelled about 50 miles away to Lazy Palms Ranch RV Resort, a Coast to Coast Resort so it is costing us only $10 a night. Just as well, because this not a park that we would like to spend too much time at. Even a week was going to be a stretch!

We had booked into a Coast to Coast park in Brownsville, but cancelled the reservation before the whole brou-ha-ha at Tropic Winds with our Thousand Trails membership. When I went back to rebook the site it was gone, so we settled on this place that had a lot of empty space. Now we know why.

This place is infested with some kind of burrs in the grass. Poor Timmy could not walk on the "grass" and even on the road there were burrs which got into his paws. He has learned to remove them himself, but it must be very painful.

The sites are huge, but there is no pad to park on. Just the weeds, including the burr grass.  When it rains it looks as if the sites just turn into mud. The roads here are all dirt and after a little bit of rain they turned into muddy messes.

Good things about the park is the beautiful pool area, free wifi and low monthly rates, including free electricity. 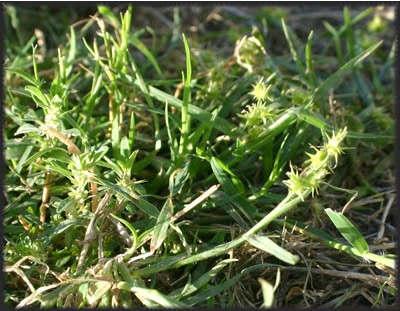 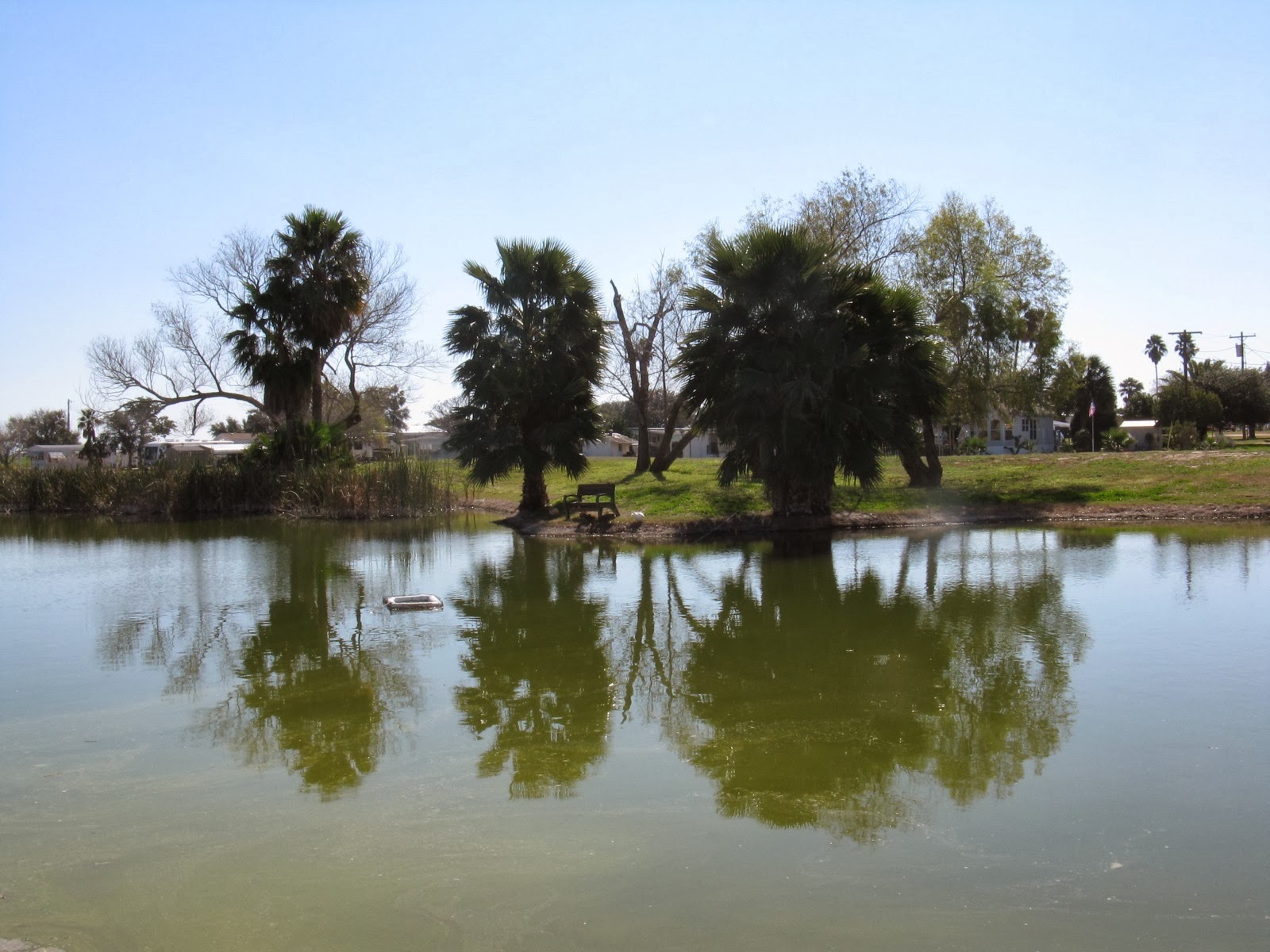 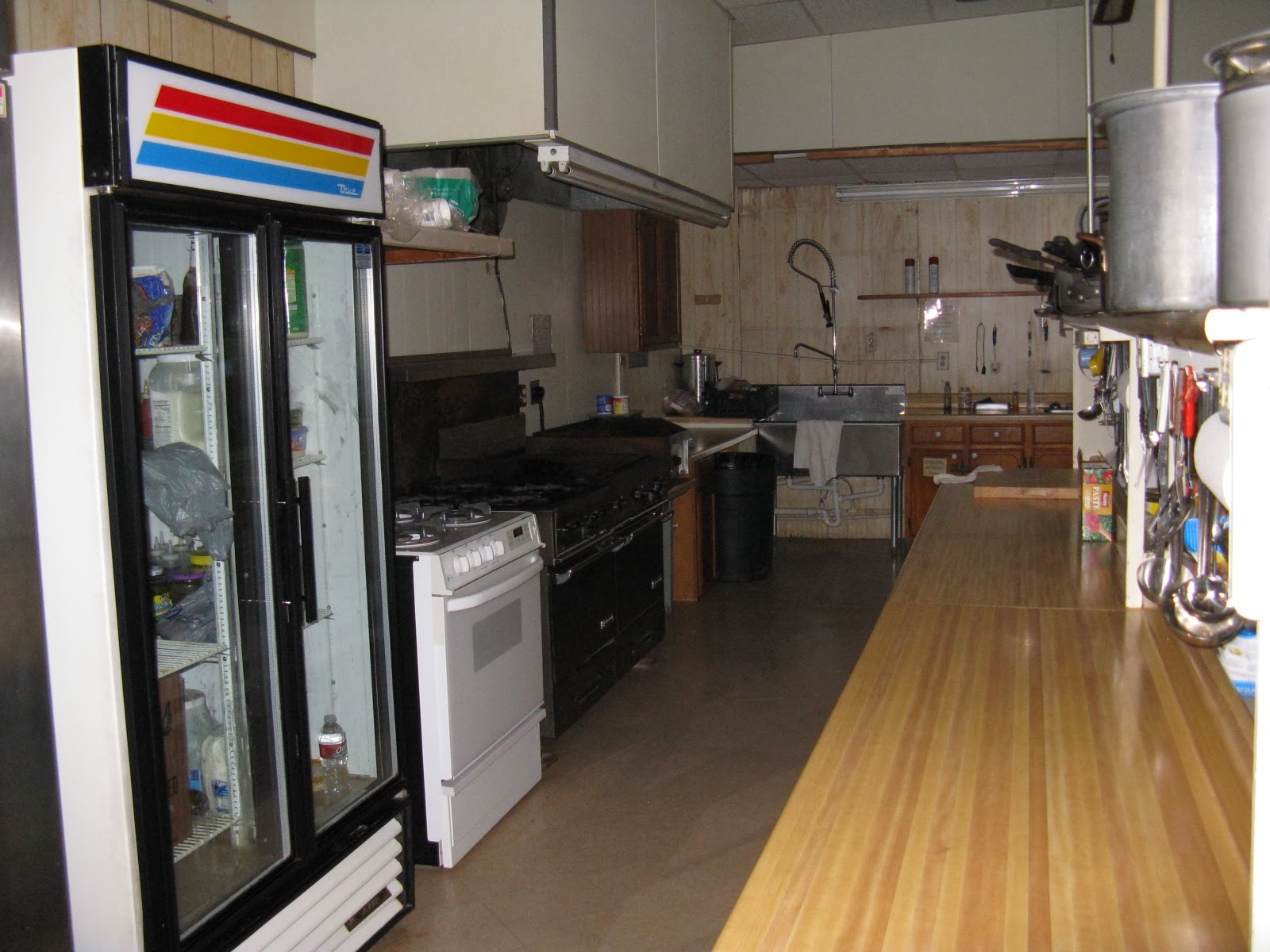 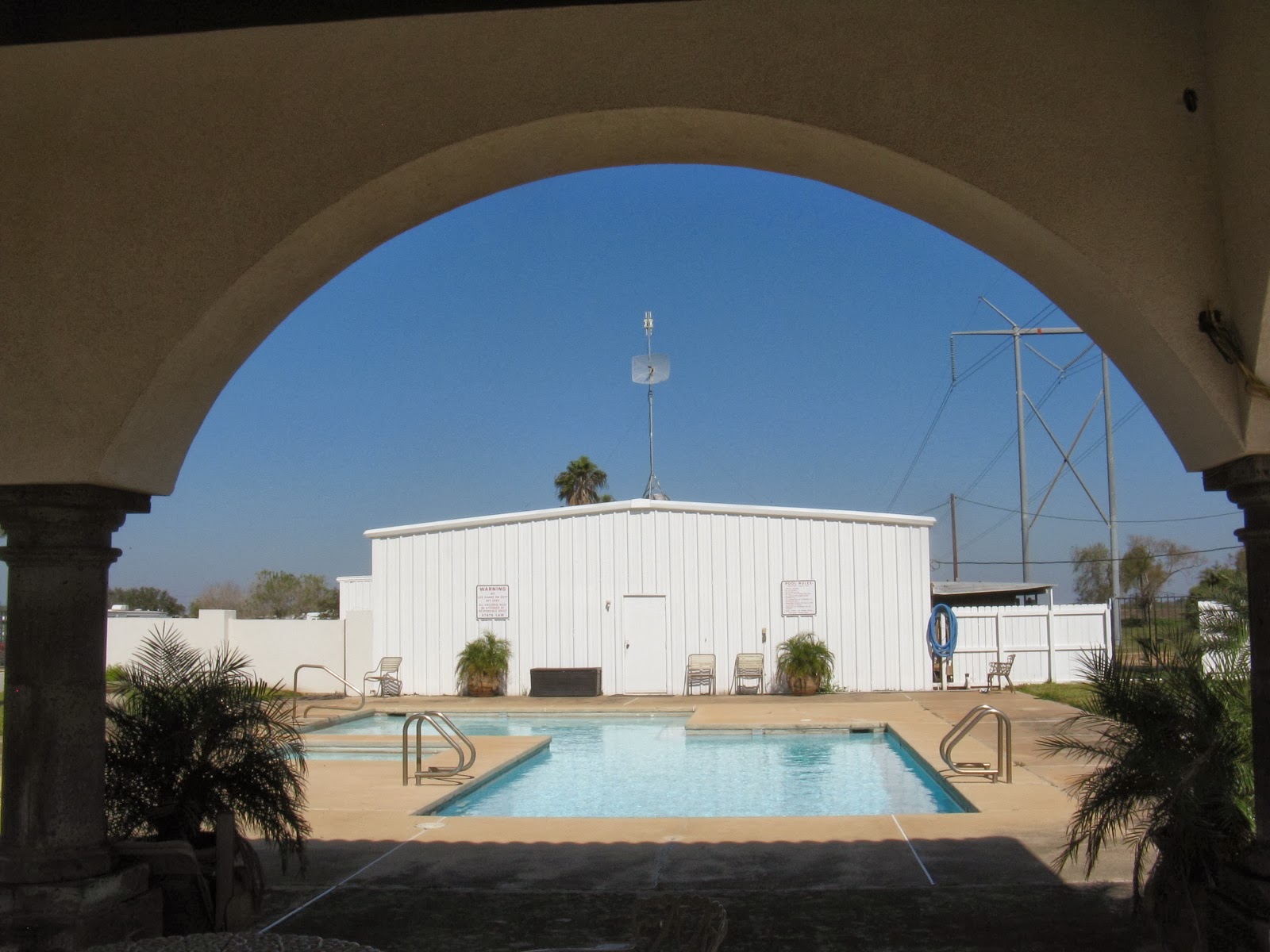 We are officially in The Future!

Check the date, from the movie "Back to the Future"! 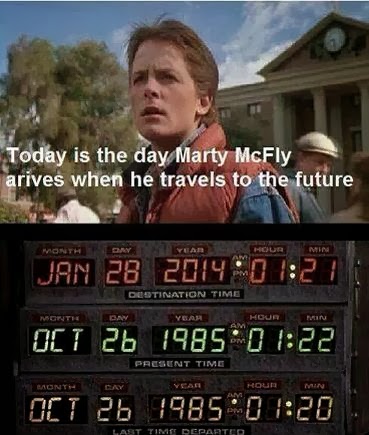 Update to the update!! 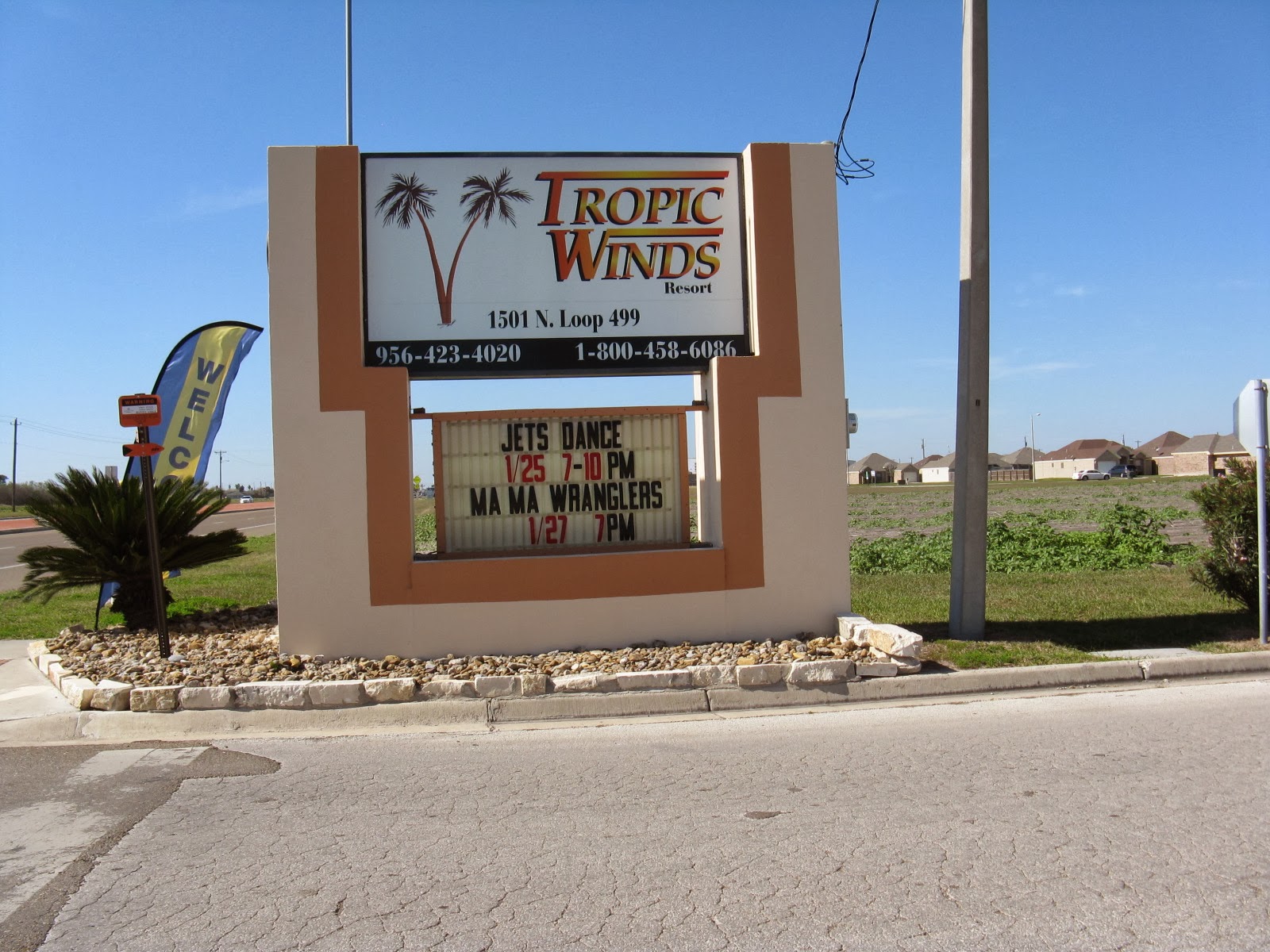 We were going to add the North East Zone to our Thousand Trails membership at some point. Well, we decided to do it now while we are here, thereby getting this park as one of our parks and adding 14 parks to our membership. So, after our week out, we will be coming back to another 2 weeks at $3 a night.

We now have parks in Maine, Massachussetts, New Jersey, New York, and Pennsylvania.

What we are going to save by not going to full pay parks down here will pretty much pay for the upgrade.
Posted by GoneRving at 12:03 PM 5 comments: