Today we move to Llano Grande Resort in Mercedes. We will be there for a week to finalize travel plans with our friends, Peter and Margaret.

We have been parked at Tropic Winds for the past 2 1/2 months except for a disastrous week out at Lazy Palms Ranch. In all, we have enjoyed our time here immensely. We did the Thousand Trail shuffle for most of the time. 2 weeks in the TT sites and 1week in an Encore site. The 10 weeks cost us around $500. Pretty good for full hookup with 50 and no electricity charges. The only downside has been the wind and weather, but everyone we spoke to said it was the worst winter they have had down here.

I will be posting a review of this park. We like it here very much

I will also post some photos of things we did, like trips to S. Padre Island. Mostly we have just been relaxing around camp.

So stay posted, much more coming up.

Posted with Blogsy
Posted by GoneRving at 9:32 AM 2 comments:

I use a subscription web site to plan our trips. It is called RV Trip Wizard. Here is our proposed trip back to Ontario. Of course I can change this on the fly depending on circumstances. What do I like about this program? I can calculate our costs. I have set up our membership and discount campgrounds in the preferences, so it shows me what is coming up. I can set a distance I want to travel each day, and tells me the date I will get to each stop. 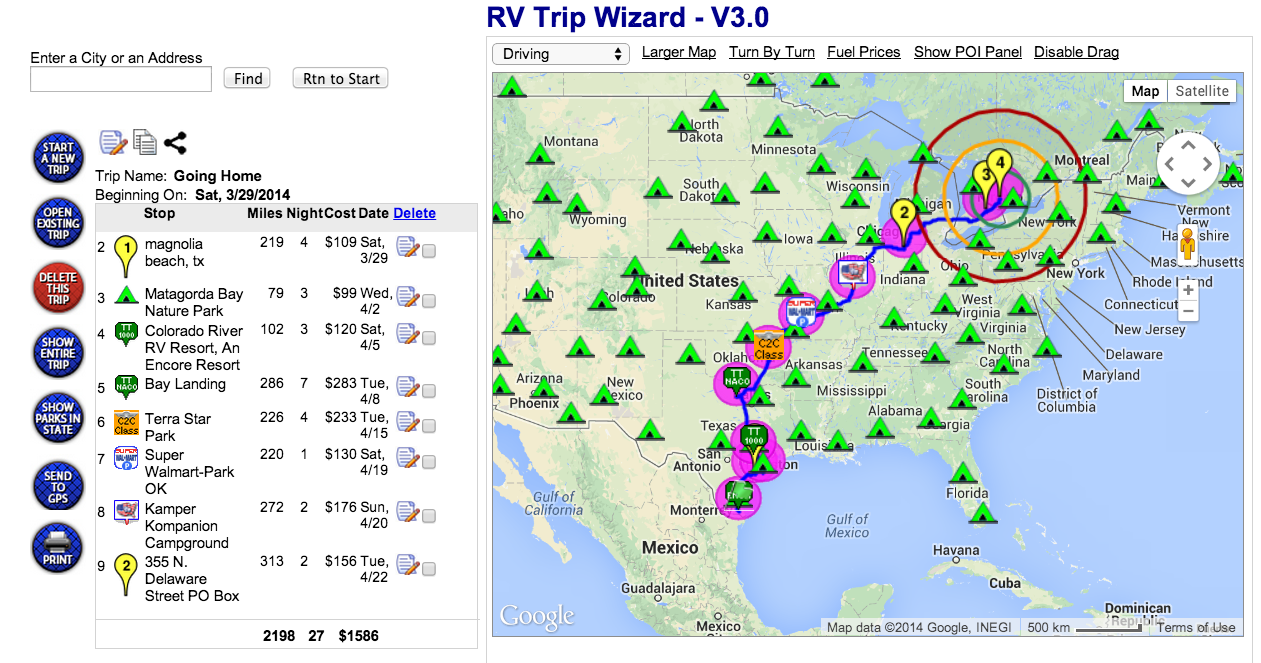 This page from the web site just about says it all.

Runs on ANY computer, tablet or smart phone

Access to over 17,000 campgrounds in the US and Canada

New Parks are added as fast as we can find them!

Plan using your own camping preferences, not what the “book” suggests

Highlight your preferred campgrounds, or see them all

Add your own points of interest (POI's)

See distances between campgrounds to plan miles to drive

Choose the miles you want to drive, or hours - choose either one, or neither

Automatically save and easily recall trips

Simple "what if we…" trip planning

Low Clearance warnings on your route

Traveling with others?  Transfer a copy of your trip to them

Find a golf course nearby

Find a pet hospital nearby

See bicycle trails near your campground

Use while driving IF you have a wireless or phone connection

We use Google Enterprise Maps.  All routes are generated by Google but may be changed by YOU.
and so much more…

I have been sooooo LAZY!!

A month since I last posted to my blog. That is disgusting! Anyway, here is a little update to what we have been up to.

First off, the toe thing effectively hobbled me for most of the month. I pretty much took it easy, at least for the first couple of weeks, yoga, line dancing, hiking and walks were postponed. We did go for a couple of drives and went to the movies with our friends, Peter and Margaret.

We saw Monuments Men, which was excellent. A very low key movie that was more like a documentary (with some big name stars), then we went to see the movie of the ballet Swan Lake. That was lovely, Michael enjoyed the music, not so much the "men in tights" ;-). We also went to see Nebraska. A wonderful movie about an old man (Bruce Dern) who was convinced he had won a million dollars in a sweepstake, and his trip to Nebraska to claim the prize.

We have been thinking of going to one of the nearby County Parks for our "week out", so we took a drive up to Adolph Thomae park, in the north end of Laguna Atacosa Wildlife Refuge to have a look see. 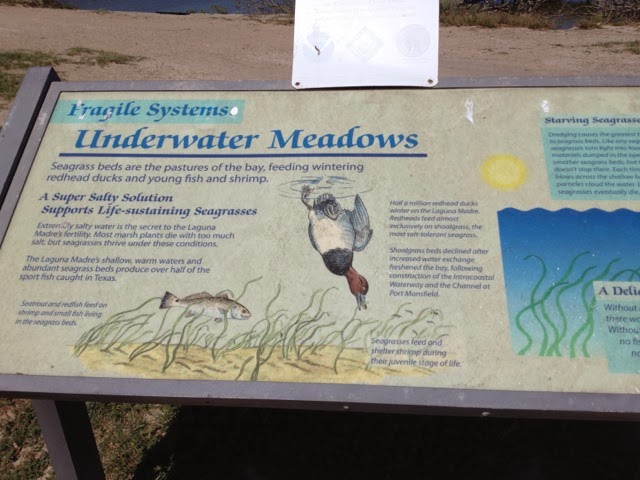 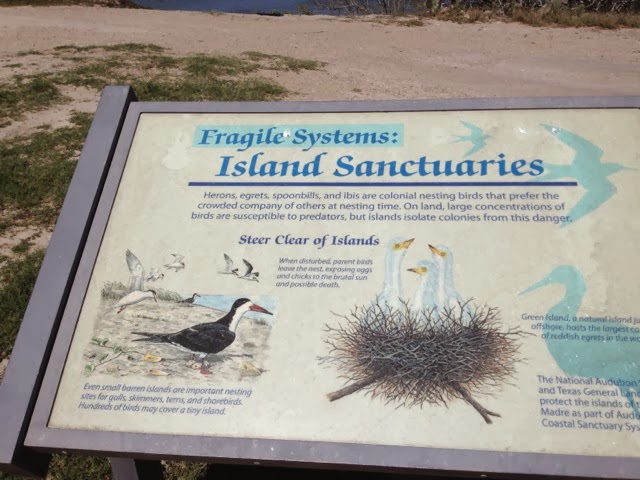 Our timing has not been good for going to stay at one of the nearby parks. We would have liked to have gone to Isla Blanca County Park this week, but it is March break and the hooligans have descended on S. Padre Island.  So we just stayed here at Tropic Winds.

As we head for the beginning of spring, the park is starting to empty. Snow birds from some of the northern states have started the trek home. There are still a lot of Canadians here.


Not sure why the rest of these are in black and white. I guess I pressed something on the iPhone camera. 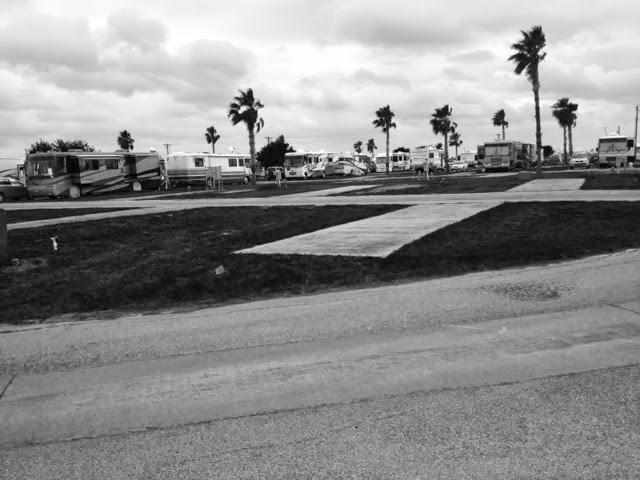 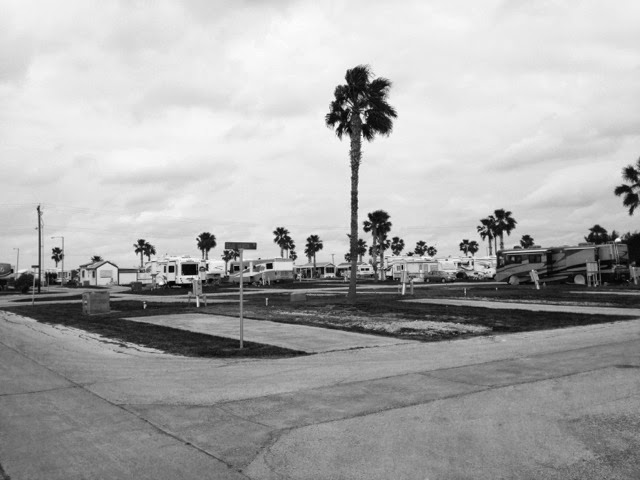 Our home park is still frozen and we will not be able to get in until the ground thaws, so we will stay here until the end of March, then start the drive home. Planning is such fun. I have been using a subscription program called RV Trip Wizard. I have all our camping memberships entered in the preferences, so it is simple to route ourselves back home, maximizing on free or low cost camping. We use the 2X2X2 rule. That is drive about 200 miles per day, arrive by 2 pm and stay at least 2 days (we like to stay 3 to 7 days per stop).
Posted by GoneRving at 1:44 PM No comments:

View my complete profile
Email me