After leaving Thousand Trails, Orlando we did a long drive up to South Carolina against a strong north wind. I had booked our site, at Hunting Island State Park, quite recently and therefore got a really small site (#99) in the bushes! But that is OK, we have our own bed, shower, kitchen wherever we go, so the small site is just the thing to test our attitude. We have decided to like it, no matter what. We have the ocean just a short walk away. We have 50 amps and a water hookup, and Timmy is having a ball. He loves the beach, going crazy and running all over the place, sending up sprays of sand as he does his running and wheeling. A few exploratory gallops into the water before settling down to digging huge holes.

The weather was windy and cold the whole week. Last night we had some severe thunderstorms roll through with the threat of tornadoes. No tornado but some pretty strong winds with some small branches falling down onto the roof of the RV. Today it has been warm and still. It seems the weather blew itself out last night. I wish it had been like this the whole week! 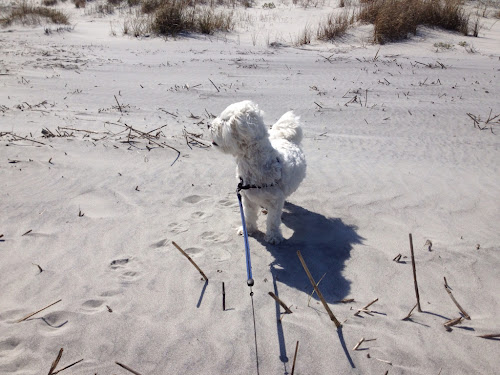 I met up with my old school friend, Sheila, from Hilton Head Island and the two of us went to the Shrimp Shack for their shrimp burgers. Don't know why they are so popular as we both thought they were decidedly under whelming. Stodgy shrimp burgers on doughy white bread buns with a smear of tartar sauce. Michael and I went back a few days later and bought some flounder fillets and fries which was very tasty. 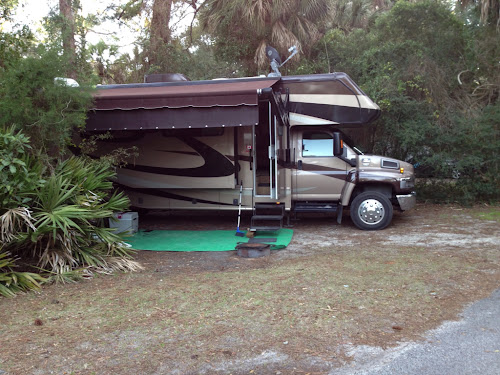 On Wednesday we leave Hunting Island and head North to Myrtle Beach. Closer and closer to home.

Posted with Blogsy
Posted by GoneRving at 4:10 PM 6 comments:

HELP! ANY APPLE GURUS OUT THERE?

The screen on my 2008 MacBook has gone black. I have tried everything. The light/dark controls do not work. If I hold a flashlight up to the screen I can see the desktop, but I can hardly hold up a flashlight while I work. I am presuming that the backlight has gone. How do I repair it? Or is it time for a new MacBook? 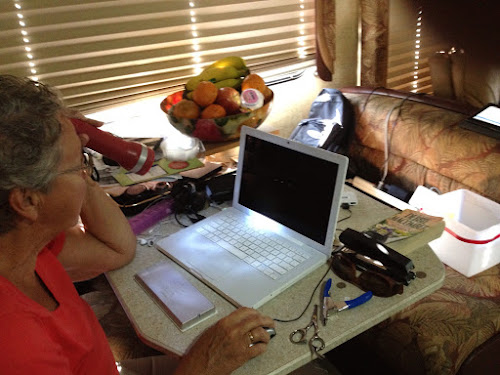 Posted with Blogsy
Posted by GoneRving at 7:49 AM 11 comments:

We are back in Thousand Trails Orlando for a week. This is our last week in Florida. On Wednesday we head out to South Carolina. This time at Orlando we are camped in the wooded area. It is so quiet that we will probably stay here again. The other side of Orlando Thousand Trails is also very nice but not as quiet. The only problem with the sites down here is that many of them are not satellite TV friendly. We were lucky in that we were able to find a lovely site with a clear view of the south west sky. Michael is a happy boy. I can get my Internet connection via my cell phone, even back here in the boonies. I am a happy girl.

One month today we will be back in Ontario. It has been a great winter. 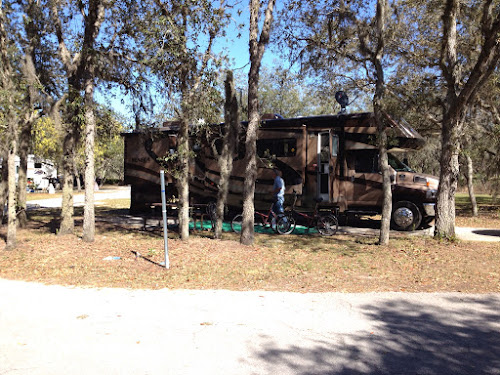 Posted with Blogsy
Posted by GoneRving at 7:21 PM 6 comments:

Camped in a cow pasture!

Not really, but I think it used to be a cow pasture. M RV Resort in Moore Haven to be exact. We needed somewhere cheap to stay for 4 nights after our 3 nights in the Everglades and this place fit the bill. We used our Escapees membership and paid $70 for 4 nights. The campground is very bleak, but adequate. We had full hookup with 50 amp electricity. When we got there we told that we could get a pizza delivered to the RV for just $10. It was one of the best pizzas I have ever eaten. Made fresh for us in the campground kitchen.

Here are the photos of M RV Resort. 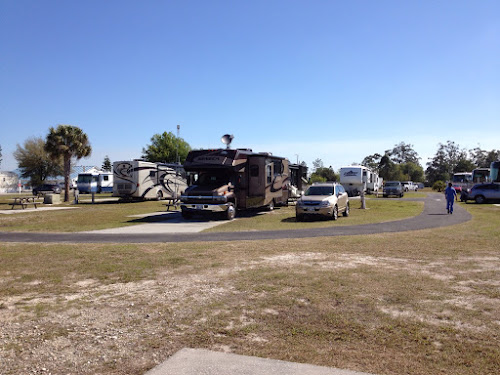 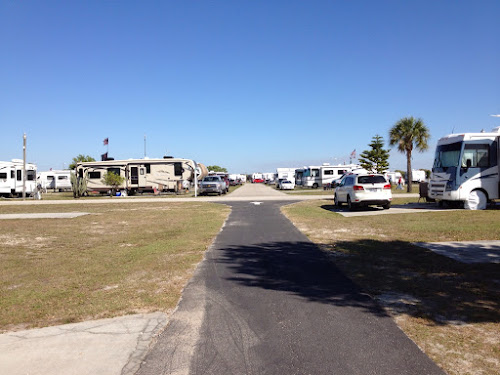 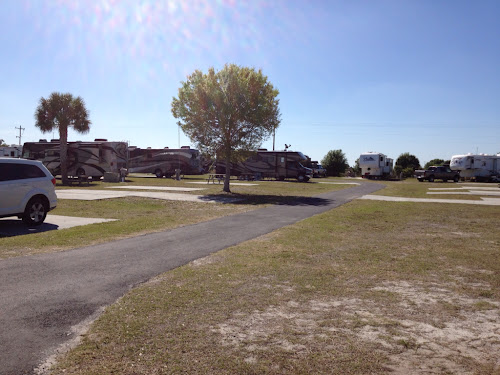 Posted with Blogsy
Posted by GoneRving at 5:52 PM No comments:

From Flamingo we went on to Long Pine Key, which is actually closer to the Royal Palm gate than Flamingo. The park is a lot smaller, but very neat. No hookups. Our site was E28. Nice and level and very roomy. We only stayed one night as the main reason for going to Long Pine Key was to take the Ranger led walk on the Anhinga Trail.
This was the highlight of our trip to the Everglades. Birds galore, alligators and beautiful plants. Again I will let the pictures tell the story. 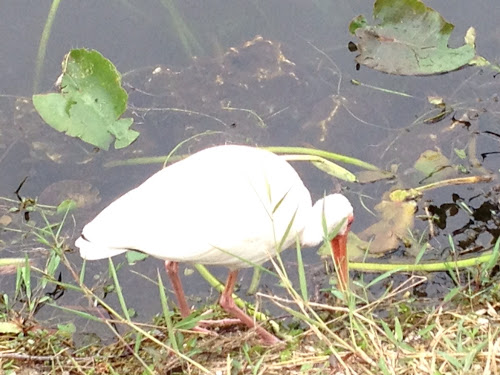 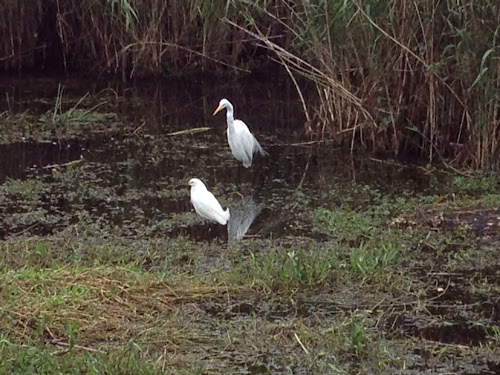 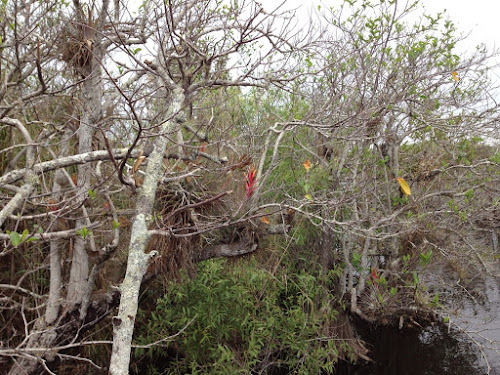 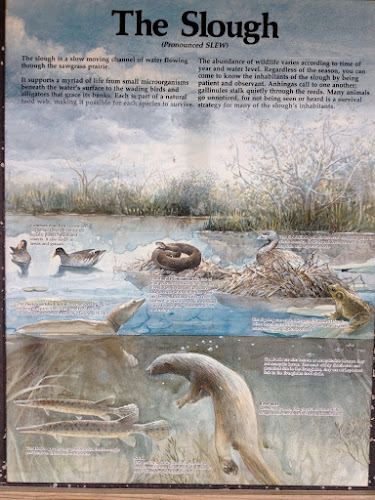 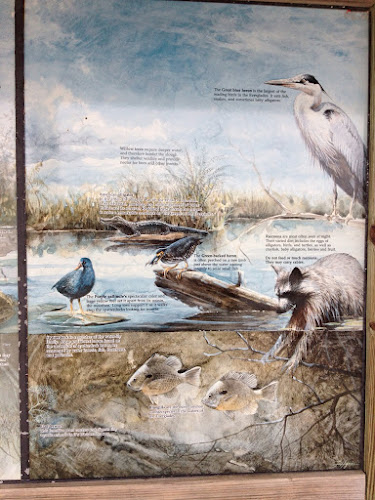 Posted with Blogsy
Posted by GoneRving at 7:51 PM 2 comments: